The letter immediately below was published in The Hill on Wednesday March 13, 2013 and is followed by the article to which it responded.

In perhaps the supreme triumph of ideology and the feminist vote bullying over science ever, the Violence Against Women Act (VAWA) has been passed by both gutless houses of Congress and signed by a spineless president (“Obama signs VAWA, hails law as ‘victory’ for violence victims,” March 7).

Tragically, boys, men and fathers increasingly will die at the hands of their violent mothers and wives as our worthless elected officials rush to issue press releases and pat themselves on the back claiming victory for all eternity to now having ended “the war on women.” The consequences, in addition to what will be the exponentially rising violence against boys, men and fathers, include a drop in the confidence of ordinary citizens with real-life experiences and common sense in their elected officials, if it could drop any lower. The consistently replicated bottom line of empirical research studies, as opposed to politicized ideology, is that domestic violence initiation and victimization is very close to 50-50 on virtually all indexes.

If there is any legislation our worthless Congress has passed that is more harmful to children, families and the well being of society, I have missed it.

President Obama signed a bipartisan bill Thursday to reauthorize the Violence Against Women Act, ending a year-long effort to renew legislation that provides federal funding for programs aiding the prosecutions of domestic and sexual violence cases.

The president heralded the legislation as a “victory” for the victims of domestic violence.

“One of the great legacies of this law is that it didn’t just change the rules, it changed our culture,” Obama said.

The legislation includes new measures intended to help prosecutions on Native American reservations of non-native perpetrators of violence and grants for lesbian, gay, bisexual and transgendered men and women. The bill also includes new funding to reduce the backlog of DNA tests in rape cases and improve police facility storage across the country.

Obama specifically highlighted the new provisions in his remarks.

“This is a country where everyone should be able to pursue their own measure of happiness and live their lives free from fear, no matter who we are or who we love,” Obama said.

The president also took time to recognize the efforts of Vice President Biden, an original author of the bill who had spearheaded administration efforts to urge a renewal.

The original VAWA had expired in September 2011, and debate over the new provisions had stalled legislation in the House.

Republicans had opposed the Senate bill, which included the revisions, but changed course after it became clear that the upper chamber would not act on a House version of the bill. A revised Senate bill also excluded a provision that would make it easier for non-citizen victims of domestic violence to win visas, in a concession to Republicans.

Top Republicans, including Reps. Darrell Issa (Calif.) and Tom Cole (Okla.), backed the Senate bill over the House version in a rare move, and attended the ceremony Thursday.

On Thursday, lawmakers from both sides of the aisle heralded the signing.

“Today’s signing of the Violence Against Women Act Reauthorization into law gives women and all victims of domestic violence across America the peace of mind that their government will not abandon them in their time of need,” said Rep. Louise Slaughter (D-N.Y.), an author of the original bill.

New research published in the Journal of Epidemiology & Community Health suggests that becoming a dad before age 25 could have serious health consequences: an untimely death in middle age. Men who became fathers earlier in life were more likely to have poor health and die younger than men who delayed fatherhood until ages 30 to 44, the study found.

The research team also looked at other factors, such as the men’s level of education, geographic location, marital status and number of children. During the 10-year follow-up period, 1 in 20 dads died. Ischemic heart disease was to blame for 21 percent of the deaths, while alcohol-related diseases accounted for 16 percent.

You can read the rest of the article here:

Fatherhood is a great experience for those given the opportunity.

If you are on your own on Christmas Day, you can’t candy-coat the fact that something has gone wrong in your life

The problem is that Christmas makes the difference between the real and ideal so obvious. For example, when you have children, you build up a store of Christmas family traditions, such as playing a particular board game after Christmas dinner.

There will be no happy squeals, no little feet thundering up and down the hall. No huge, messy pile of wrapping paper. Instead, there will be just me and silence.

Injustice anywhere is a threat to justice everywhere.:

Principal of BEST INTEREST OF THE CHILD 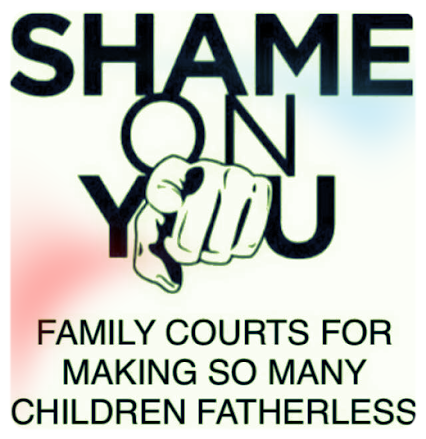