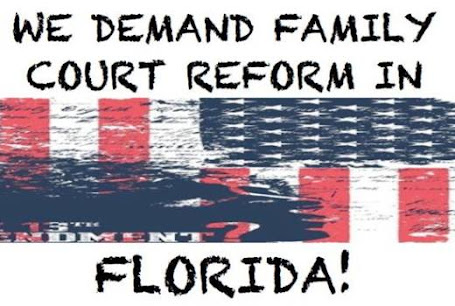 Click below on the Judicial Committee Members email address and send them your thoughts.

Honorable Senator ___________
Please support SB 668.  Current alimony laws penalize the workers of Florida and reward the non-workers.  There are more women paying permanent alimony than ever before.  This is a worker vs. non-worker issue, not a man/woman, rich/poor, young/old, black/white or Republican/Democrat issue.  With 50% of marriages ending in divorce, we need a more equitable and predictable outcome for both parties.
Thank you for supporting SB 668.
Sincerely,

Your name and address

Please write and call the last two committees urging the passing of SB 668.  Also write or call specifically Senator Lee and Senator Stargel asking to have time sharing removed from SB 668 since it is already in Senator Lee’s bill, SB 250.
Emails:  Stargel.kelli@flsenate.gov    Lee.Tom@flsenate.gov
Please take time TODAY to write the Senators on the committees yet to hear SB 668.
To write to each member, click on their email below.
To access their telephone number or street address, go to http://public.lobbytools.com/
Your emails, phone calls, letters and visits with these senators are critical to achieving alimony reform in 2016.If you’ve never written to a legislator now is the time to begin.
To access each member, click on their name below and go to their Senate web page. Under their photo is a tab that says “Email this Senator”. Underneath that is their mailing address and telephone number.
TO SEND AN EMAIL

Another Letter Idea:
Open your letter with three concise sentences:  for example:
‘I am a __ year old man/woman paying __% of my salary to my ex spouse for __ years for a __ year marriage.He/she has a business degree/college education/etc. and has not had to work because I must support him/her.  IT IS TIME FOR ALIMONY REFORM!
(Be short, factual, and get to the point.)
Please vote in support of SB 668.
TO PHONE THEM
On their websites you will also see their telephone numbers. If you call rather than email, we suggest that IN ADVANCE, you write out what you would like to say so that it is succinct and to the point.
TO SEND A POSTAL LETTER
Follow the above instructions for sending an email. In the lower left corner on the outside of your envelope, write IN SUPPORT OF SB 668
Appropriations Subcommittee on Criminal and Civil Justice
Members

THANK YOU FOR TAKING THE TIME TO WRITE THESE SENATORS.  THEY HOLD YOUR FUTURE IN THEIR HANDS!

HOW CAN YOU HELP?

Lobbyists, websites, travel, and other overhead all cost money. The end of this years long fight is within grasp. Please do what you can to help us get to the finish line. Everything helps.

We all have an important part to play in fixing our woefully outdated family court laws in Florida. We are up against an incredibly well funded special interest group that wants to keep things exactly the way they are. We need everyone on board if we are going to finally win for Florida’s families in 2016!

Please help us to help you by contributing to support this important cause!